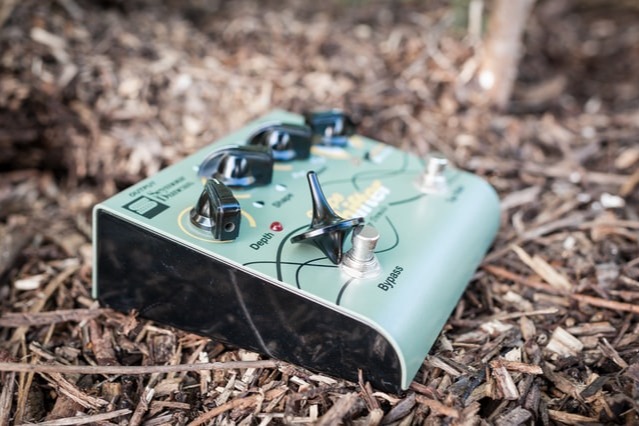 Meet TEGnology, one of the award winners of Tech Tour Nordic 2021. They also took part in Future22.

Hi, this is Hao from TEGnology, a spin-out company from university, based on a family of patents on (at that time) the state-of-the-art materials and manufacturing methods, which I co-authored.

The materials can convert temperature difference directly into electricity (thermoelectric effect), and therefore are often referred to as an energy material. The novelty of our material, compared to the commercially available counterpart, which is rare and toxic, is that it is more environmentally friendly. However, due to the relatively low conversion efficiency, thermoelectric materials were only used in niche markets, such as space, military and unique industrial applications. It had not been changed much, despite the R&D efforts we’ve spent for years. Actually, commercialization is still a common challenge for the entire thermoelectric society, which consists of thousands of researchers from top research institutes globally. To some extent, this is also a typical challenge for any “emerging” technology, i.e. how to accelerate the commercialization before it becomes irrelevant or outraced by the competing technologies?

Many attempts have been made to use thermoelectric materials as an independent power source or in a way energy recovery, either from industrial waste heat or exhaust gas of heavy vehicles. But the pitiful conversion efficiency makes the ROI too long to be accepted by the majority of users, both industrial and consumers. Our approach to tackle the challenge was to re-exam the value proposition of the technology, and identify the use cases where efficiency of the conversion is not critical. That leads us to the current market, which is power supply for IIoT (Industrial Internet of Things) devices, where sensors are often installed in hard-to-reach places and supposed to work autonomously for decades. Wireless Sensor Network (WSN) is not a new concept either. But the exponential growth in the number of IoT devices under the background of digitalization, as well as the continuous decrease in energy consumption in microelectronics, have make energy harvesting for IoT more favorable than never before. The benefits lay not only in battery life extension, also new possibilities such as big data, machine learning, predictive maintenance, SaaP (Service as a Product) and so on.

For pursuing those opportunities, TEGnology has changed its strategy from developing technology to co-creating solutions with customers. Since then, we’ve launched several products for pharmaceutical plants, machinery manufactures and utilities with pipeline transportations. All products are self-powered by the heat from local processes. One of our customers, Novo Nordisk claims our self-powered high temperature alert is “an extremely effective way of locating dangerous areas” and makes their production site a safer place to work. A utility company sees the potential of our solution in digitalizing “their energy transportation and monitoring, as well as reducing operation cost and increasing reliability”. For them, the most sustainable energy form is to increase the efficiency of existing systems.

But does it mean TEGnology only does market analysis and consulting? No, we still consider our core competence to be in the optimization of thermoelectric materials and design/manufacture of generation components. That differentiate us from other service/product providers, most of whom have a fully integrated IoT solution. TEGnology wants to become an OEM supplier, that mass produces tailor-made thermoelectric generation (TEG) components. That is clearly described in our vision: Use state-of-the-art thermal energy harvesting technology to accelerate digitalization. We have patented a novel design on flexible TEGs, which is light weighted and bendable. They generate nearly twice amount of energy on the unit area under the same conditions, compared to the commercially available TEGs. The manufacture method is largely compatible to the industrial standards, which makes up-scaling feasible and preferable.

We are in our first round of fundraising (€ 1.5 mio) with the investors primarily from the Nordic countries. On top of that, we have also secured soft funding from EU and Danish agency for nearly € 1.5 mio for the coming years.

Tech Tour has provided a stage for TEGnology to expose its profile, to share its exciting achievement and to build up trust in the startup ecosystem. There are also rich opportunities to learn the business principles, to follow the mega trends, to polish the pitch and to network, which are all important for startups. TEGnology have been in the Tech Tour for a few years, and will probably stay for longer, regardless of the stages. We find it a good place to keep up the momentum and maintain the “startup spirit”.