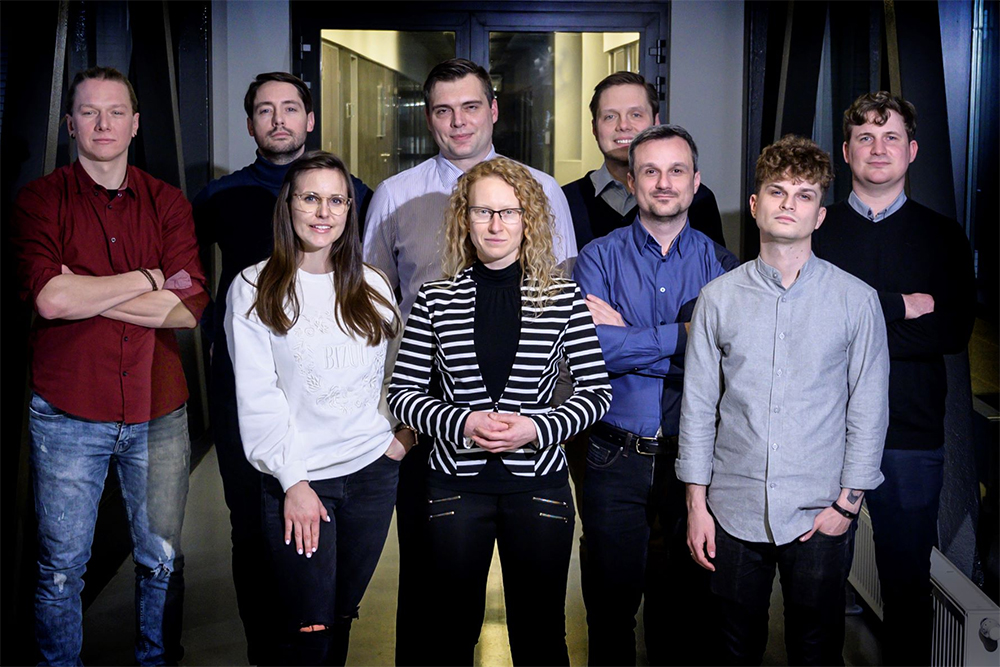 uFraction8 secured over £2.5m to further commercialise its solution

uFraction8 successfully finalised investment round led by Thia Ventures alongside fellow FoodTech investors Blue Horizon and EIT Food. The round was joined by Scottish Enterprise, Leave a Nest and an angel investor from London.

Additional funding has been secured through multiple grants from European Institute of Innovation & Technology (EIT), Scottish Enterprise, Innovate UK and The National Centre for Research and Development in Poland (NCBR). uFraction8 has also had success in numerous business competitions which have provided significant funding to date.

Based in Falkirk, Scotland, a town known for fascinating engineering solutions such as Falkirk wheel and a long history of industrial innovation, uFraction8is focused on developing novel bio-separation instruments to enable more efficient manufacturing of bio-based products such as microalgae-based foods, mammalian cell-based drugs or yeast-based products such as beer or medicines. uFraction8’s vision is to make sustainable manufacturing with biology affordable. For example, to enable industrialisation of cultivated meat production based on the cell cultures grown in bioreactors and to intensify production for monoclonal antibody-based medicines. uFraction8 is on a mission to produce the best performing microscale liquid-solid separation (micro-filtration)systems ever to have existed.

uFraction8’s cutting edge technology harnesses the power of microfluidics to enable gentle separation of cell-based products from liquid in which they are grown. Since incorporation in April 2017, uFarction8 scaled up its technology from the lab scale prototype to mini-industrial demonstrator, currently used for the customer trials. uFraction8 technology offers many advantages over currently used in industry filters, membranes and centrifuges. Specifically, the extremely low-shear in comparison to competitors preserves cell viability and increases products yields. uFraction8’s technology has a unique ability to work with extremely viscous media which other solutions simply cannot handle. uFraction8’s disruptive technology is believed to enable bio-manufacturing industrialisation and bio-economy revolution of our times.

In 2019, uFraction8 opened fully owned subsidiary in Poznan, Poland which in 2021 was awarded major grant from The National Centre for Research and Development in Poland (NCBR). This support allowed uFraction8 PL to open new facilities and employ team of designers and engineers who boost the speed of uFraction8’s technology development.

Current £2.5m of funding through investment and grants will enable uFraction8 to expand its existing facilities in Scotland and Poland, to grow the team, to scale up the technology and to deploy large scale tests with prospective customers.

The investment by Thia Ventures was led by Abel Rossignol who, along with his colleague and fellow investor Bart Van Hooland, will join uFraction8’s board.

Abel said: “The bio-manufacturing revolution still need some enabling technologies to deliver its full potential. Downstream processing optimization – for technologies like precision fermentation, cell-based approaches or micro-algae platforms – is still essential. Thia is convinced uFraction8’s technology has the potential to bring the much-needed improvements in bio-separation to make those approaches viable at scale. We are delighted to join Monika and Brian in this promising venture”.

Friederike Grosse-Holz from Blue Horizon commented: “Bio-separation is one of the key areas in which we see a need for technological step changes to unlock low-cost, large-scale production of animal cells and microorganisms for food applications. uFraction8 is gearing up to provide one such step change, enabling the bio-manufacturing that is crucial to a new sustainable food system. We are excited to work with uFraction8 to bring better-than-ever bio-separation to the alternative protein ecosystem and beyond.”

Dr Brian Miller, Co-founder of uFraction8 said: “It is important for us that everyone has aligned goals and values. It is critical to our long-term success. Thia and Blue Horizon are the perfect match for uFraction8 and I look forward to working together with them.”

Dr Monika Tomecka, Co-founder of uFraction8, adds: “Provided by those great investors bio-manufacturing expertise alongside their long history of supporting BioTech companies will enable uFraction8 to grow faster than ever before. Whole uFraction8 team is very excited for the upcoming developments and we are ready to work hard to deliver what is planned and beyond. We are also very open for new collaborations, therefore I hope that spread of our great news will bring us new partnership possibilities in 2022.”